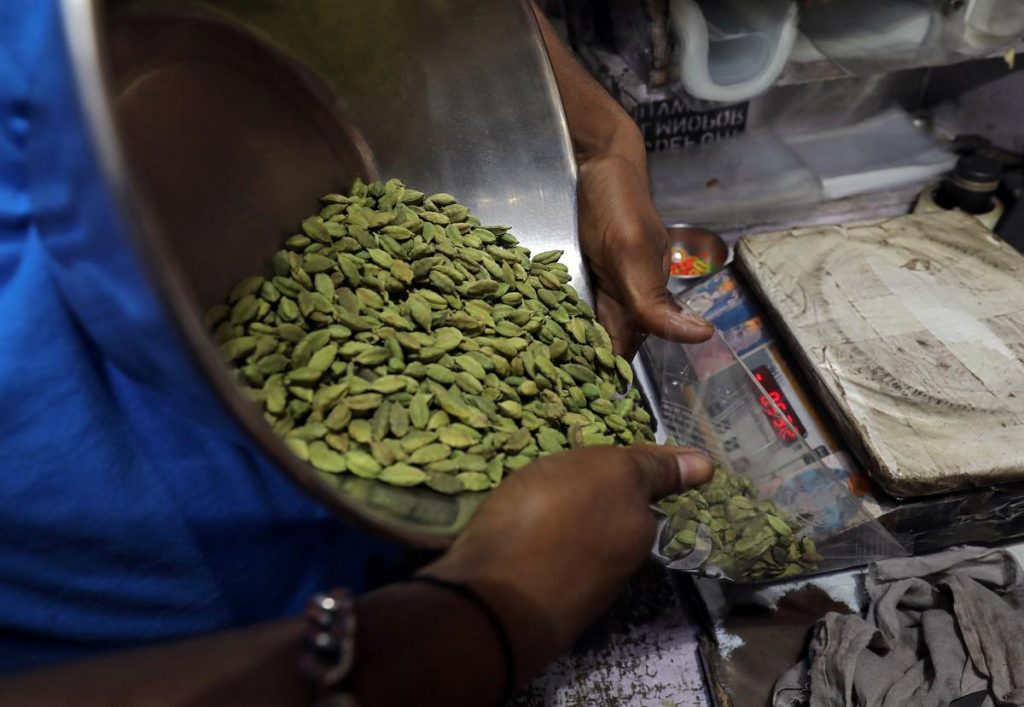 Every year, tens of millions of Hindus flock to the Venkateswara Temple in Andhra Pradesh to pay tribute to site’s patron deity and pick up some of its famous sweets – the legendary “Tirupati laddu”.

The traditional delicacy is baked with sugar, flour, ghee, nuts and raisins and studded with cardamom – which has surged in price this year as India’s erratic weather ravages production of the pod, known as “the Queen of Spices”.

That spike has created new cost and supply pressures for buyers of the spice like the temple, which offers a limited number of complimentary laddus to visitors and charges for extras.

“We are already incurring a loss making laddus, and this makes it worse,” said a senior temple official.

The temple typically buys 120 tonnes a year of high quality small cardamom pods, the most sought after kind, to meet demand. A year ago, it paid 1,600 rupees (US$23.31) per kg for the spice, the official said. This month, it paid 4,400 rupees per kg.

The production problems stem from erratic weather in the district of Idukki, which accounts for at least a sixth of the global production and about three-quarters of India’s small cardamom output.

Last year, massive rains killed over 50 people and destroyed the district’s farmlands. This year, a weak monsoon season has wiped small cardamom production, threatening the livelihoods of thousands of producers.

That has hit both supply and quality, but more crucially, sent the spot prices of small cardamom, already among the world’s priciest spices, to record highs on Mumbai’s Multi Commodity Exchange this month.

That spike is good news for traders but depleted stocks mean farmers are unable to capitalise on the rally, while the surge in costs has also hurt downstream demand.

Temples and state governments are among India’s largest buyers of cardamom, accounting for up to 35% of the market, said Jojo George, managing director of KCPMC. “Somebody who was buying three tonnes or so earlier is now buying only one tonne.”

Cardamom’s complex combination of flavours – including elements of mint, citrus and herbs – make it a popular ingredient in a wide range of dishes, both sweet and savoury.

Koushik S., popularly known as the “Mad Chef”, said the spice is essential to Indian cooking and supply issues affect his work.

“Next year, availability will be a problem and we might have to import from Guatemala, but then the quality is inferior,” said Koushik, who is a well-known Indian TV chef and is also a consultant to restaurant chains.

Guatemala is the largest cardamom grower but supply to India from the Central American country is mixed with lower quality cardamom, according to research by the Netherlands Enterprise Agency.

Over the past three months, N Seetharam Prasad, the chef at the four-star GRT hotel in Chennai, has complained five times about the low quality of his small cardamom supplies.

He uses the spice to make everything from biryani, a fragrant rice dish that enjoys a cult status in the country, to tea and sweets. “I will never compromise on the quality of ingredients and will look to buy elsewhere if I don’t get good cardamom.”

Idukki, a small land-locked mountainous region, has historically been ideal for cardamom, which demands heavy rains to thrive.

P.C. Matthew, a farmer who lives in India’s cardamom capital of Vandanmedu in Idukki, expects production to fall 50% from a normal year due to lower rainfall, and for the harvest to be delayed to October from early August.

While overall rainfall at local and national levels has not varied significantly over time, analysis shows the incidence of short spells of intense rain and lengthy periods of little or no rain has increased.

India, in its annual economic survey last year, attributed this to climate change, and said revenue in areas entirely dependent on rains could fall by close to a sixth.

The increasingly erratic weather patterns lift risks for the US$400 billion farm economy and its hundreds of millions of farmers, only a small fraction of whom have crop insurance.

Since the start of the century, Idukki’s cardamom regions have had seven lengthy dry spells, defined as periods of 100 days or more of no rain, said Muthusamy Murugan, the officer in charge of the state-run Cardamom Research Station in the district.

That compares with 15 such spells for the entire 20th century. He expects the region’s cardamom production to fall 40%.

“Prices will continue to rise in the long-term and we have reached this point because of climate change,” said Joychan Kannamunda, secretary of the Cardamom Growers Association.