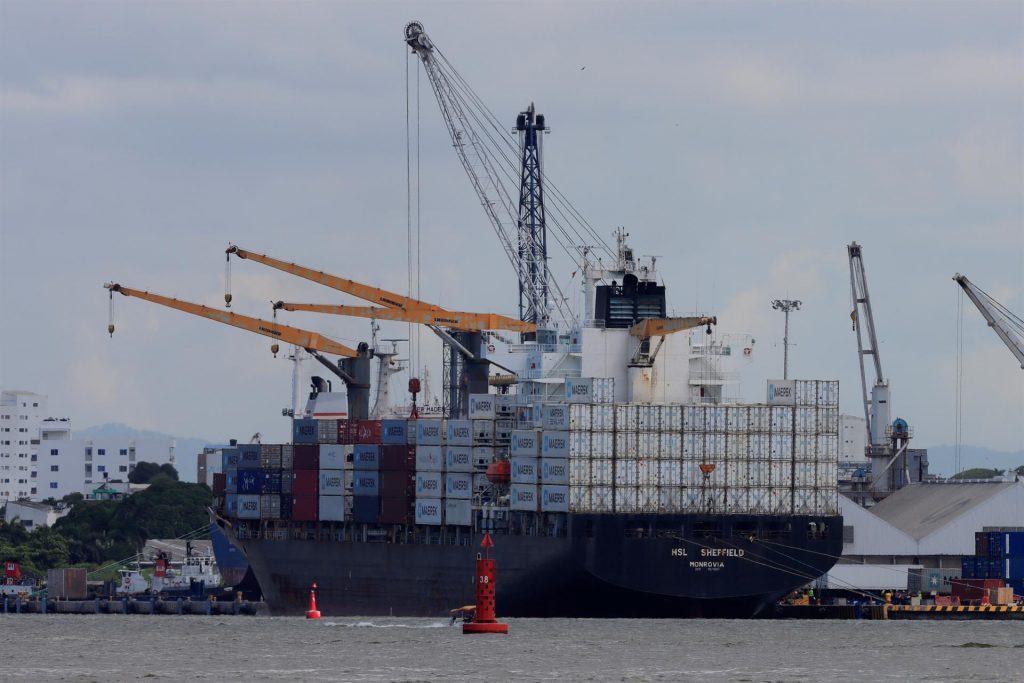 A lack of fertiliser for Brazil’s powerful agricultural sector, a shortage of semiconductor chips for automobiles assembled in Mexico and an insufficient number of shipping containers to export Colombian coffee are some of the effects of the global supply chain crisis now being felt in Latin America.

Although the situation is not yet as critical as in the US – where empty store shelves threaten to dampen the upcoming Christmas shopping season – supply chain problems are starting to crop up in a region that is a net importer and dependent on global trade.

Since governments began easing pandemic-triggered restrictions on mobility and economic activity, manufacturers and logistics companies have been unable to respond to the rapid uptick in demand for goods and services.

As a result, bottlenecks have formed in different parts of the world – particularly in Asia and the US.

The major congestion at Asian ports due largely to a shortage of shipping containers is having an impact on Brazil, Latin America’s largest economy and one of the world’s largest food exporters, because China is its main trade partner and biggest supplier of fertiliser for its agricultural sector.

To a lesser degree, it also is being affected by trade embargoes that several countries have imposed on Belarus, a large exporter of potassium, a key fertiliser component, said Luis Eduardo Rangel, a special adviser to Brazil’s Agriculture, Livestock and Food Supply Ministry.

Since the supply chain problems could have an adverse impact on the 2021-2022 harvest, Brazil has been entering into contracts with other suppliers to prevent shortages, he said.

In some cities, a shortage of the semiconductor chips that are now essential automobile components have forced several vehicle plants to cut back their operations.

But the chip drought is much more severe in Mexico, whose powerful automotive sector (virtually all of the world’s top car makers have plants there) is the biggest contributor to the nation’s manufacturing gross domestic product.

Experts say the shortage of chips partially explains a 0.2% drop in Mexico’s third-quarter GDP relative to the previous three-month period.

“We’re very vulnerable because we import a lot of products, not only from China but also from the United States,” said Pablo Lopez Sarabia, a professor at the Monterrey Institute of Technology and Higher Education. He explained studies show the supply chain problems will persist until nearly the end of next year.

Mexico’s retail sector also has been hit by shortages of products that saw an increase in demand during the pandemic, including bicycles.

The central bank said these factors partially explain a rise in consumer prices, which this year have increased nearly 6%, or double that institution’s target.

Colombians, meanwhile, will see some shortages of consumer products like toys, electronic products and appliances this holiday season and feel the sting of price increases, experts say.

“Shortages are contributing to the rise in prices, but the biggest impact is in logistics costs that have risen extraordinarily,” said National Association of Foreign Trade (Analdex) president Javier Diaz.

Congestion in ports like Los Angeles and a shortage of shipping containers also has hurt exports of products like coffee and sugar, with an operation that once required 40 days now taking 75.

In Argentina, if more dollars flow out of the country to pay for higher logistics costs, that will have an exchange-rate impact, said Marcelo Elizondo, international economic analyst and president of the Argentine chapter of the International Chamber of Commerce.

That situation would in turn force the government to further squeeze imports and prevent the recovery of an economy that already has been in recession for three years.

Chile also has seen a sharp rise in costs throughout the supply chain and that in turn has triggered price hikes for consumers, particularly in segments that operate with more reduced margins like technology products, furniture, automobiles, sound systems and microwave ovens.