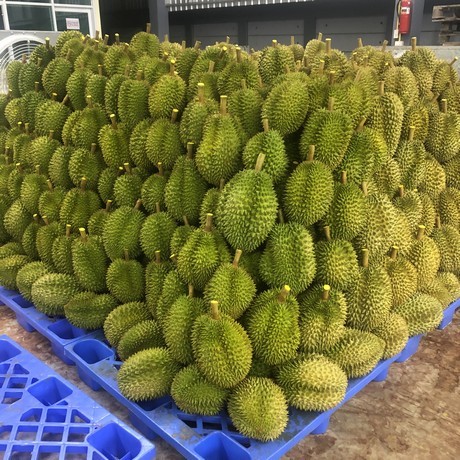 The Malaysian Agricultural Research and Development Institute (Mardi) is encouraging durian farmers to cultivate the MDUR 78, MDUR 79 and MDUR 88 hybrid durians which have high marketing potential.

These three hybrids were developed by Mardi researchers.

Horticultural Research Center director Dr Johari Sarip said the three clone varieties are a cross between D24 and D10 variants. They are favoured by local durian enthusiasts – especially the MDUR 88, which has an attractive golden-yellow coloured flesh that is slightly sticky with a sweet and creamy flavour.

“We have been working together with the Department of Agriculture to enable farmers to cultivate high quality and viable high durian variants that are on par with the Musang King.

“We are also providing consulting services to farmers and encourage them to plant more than two clones of durian to avoid diseases,” he said at Duriotourism Park in Mardi Kuala Kangsar here, recently.

Dr Johari said Mardi was founded in 1959 and since the early 1970s, has been actively conducting research to develop cross-breeds from D24 and D10 which have a higher resistance to durian diseases such as root borer invertebrates.

He said Mardi is planning to expand its cultivation area for the new clones to produce more yields and compete internationally.

In addition, he said the institute will intensify its research and development (R&D) aspects, including on the proper fertilisation of durian clones, climate change and irrigation to ensure yields with high quality.

“Studies on durians are important because we need high-quality durians to penetrate the local and export markets as the durian export trends to Singapore, Indonesia, China, Hong Kong, Australia and the United Kingdom have increased by up to RM92 million a year.”

On the Mardi Duriotourism Park Kuala Kangsar, Dr Johari said the 21ha property has over 20 durian clones – including durian hutan (forest durian) and over 1,000 durian trees.

He said the fruits offered consist of various varieties of durian clones as well as mangosteens, while the package price starts from as low as RM30 to RM200 depending on its weight.

Abu Zarim said visitors can tour the park on a tram while being briefed by the staff on durian cultivation as well as enjoy the king of fruits.