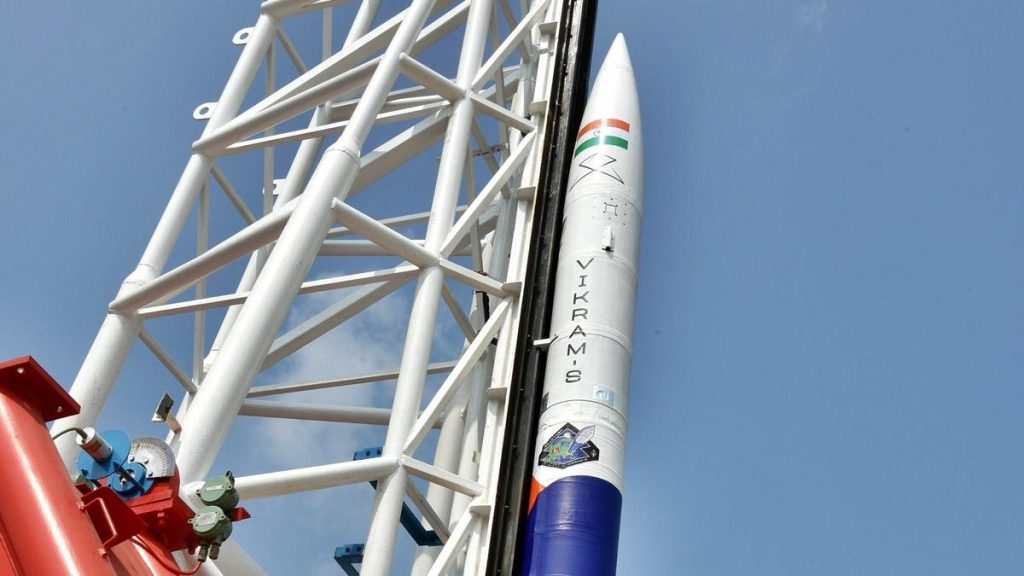 The company had set a target of 80km altitude – which is commonly called the space frontier.

“Vikram-S rocket meets all flight parameters. It is history in the making for India,” Skyroot said.

Live video footage broadcast on TV channels and social media showed the launch of the 545kg rocket over the Bay of Bengal.

“We made history today by launching India’s first private rocket. It is a symbol of new India, and just the Prarambh (the beginning) of a great future,” Skyroot co-founder Pawan Kumar Chandana said in a YouTube video.

Pawan Goenka, the head of the government agency IN-Space, which coordinates with private space firms, said the “perfect” launch was the “first step of private industry’s entry into space.”

“The industry is now all set to fulfil our vision for space – even sky is not the limit,” Goenka said.

The Indian government allowed private companies in its space and planetary exploration programmes in 2020, breaking the monopoly of the state-run ISRO.

The move to allow private players was to accelerate the Indian space sector growth and enable it to be a global powerhouse of the space economy.

The decision allowed private businesses to build rockets and satellites and use Indian space infrastructure.

Union minister of state for science and technology Jitendra Singh said the launch of Vikram S was “a watershed moment in the Indian startup movement.”

It claims to be one of the cheapest in its category, according to the developers.

The startup says it has secured nearly US$70 million in financing in the last four years of its inception.

India has one of the most active space programmes in the world. It began placing satellites in Earth orbit in 1999.

India’s Moon and Mars missions and cost-effective satellite launches have led many countries to choose India as their launch destination.