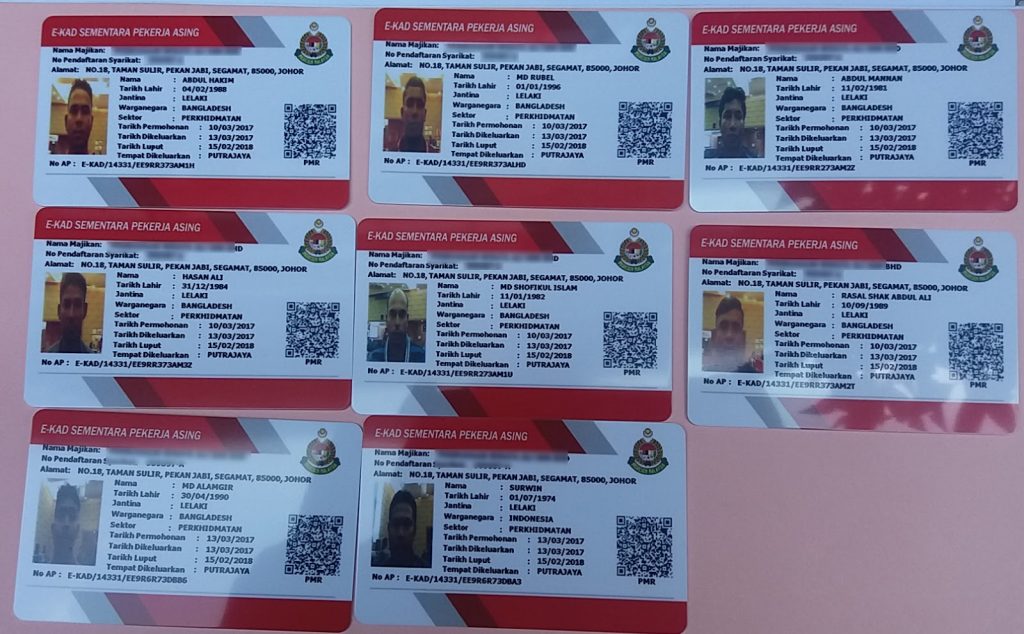 The Home Ministry has given a 30-day grace period to holders of Temporary Employment Visit Pass (PLKS) that expired during the enforcement of the Movement Control Order (MCO), to reapply for the permits.

Deputy Home Minister I Datuk Seri Dr Ismail Mohamed Said said that following the enforcement of the MCO due to the Covid-19 outbreak, those detained would be granted with this special pass for them to apply for the extension of their PLKS for a period of one year.

This was also to help employers who were in need of workers, he said.

“However it (approval for the extension of PLKS) is subject to the health screenings under Fomema (Foreign Workers Medical Examination Monitoring Agency) and existing procedures of the Immigration Department,” he said during the question and answer session in Dewan Rakyat, today.

He was replying to a question raised by Datuk Abdullah Sani Abdul Hamid (PH-Kapar) on the number of documented foreign workers who continued to work with expired permits as well as safety and health monitoring on these workers.

Meanwhile, to a supplementary question from Abdullah Sani about the proposal on the use of the radio frequency identification (RFID) tag on migrant workers, Ismail said the government would conduct a study for the proposal to be implemented.

In a related development, Ismail said about 546 rat trails had been identified nationwide. However, the locations kept changing, making it difficult for enforcement authorities.

“Patrol activities at the strategic areas using the assets of enforcement agencies such as the Malaysian Armed Forces and Royal Malaysia Police (PDRM) have been increased to monitor identified rat trails.”

He said this in his reply to a question from Nik Mohamad Abduh Nik Abdul Aziz (PAS-Bachok) on strategic measures taken to detect rat trails and the smuggling of illegals into the country.

Ismail also said that as at June 2020, 1,622 individuals who were involved in the smuggling of migrants and national treasures, had been arrested via operations under ‘Op Benteng’ with a total seizure valued at RM31.5 million.

Hence, to address the issue of the smuggling of illegal immigrants into the country, specifically during the Covid-19 pandemic, he said that the government had approved an allocation of RM45.1 million to PDRM to purchase 200 units of four-wheel drive vehicles and 300 units of scrambler motorcycles.