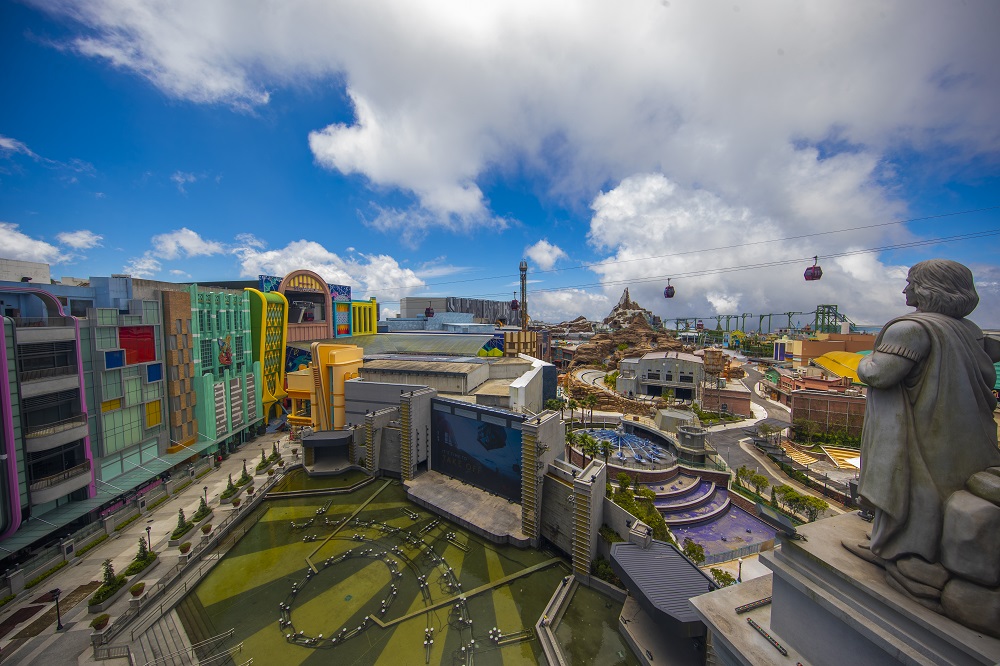 Operating at around 6,000 feet above sea level, Genting SkyWorlds is one of the most unique theme parks in the region, if not globally, he enthused. “We believe it to be Southeast Asia’s most anticipated theme park.”

Involving an investment of around US$800 million, and replacing the previous outdoor theme park closed in 2013, this ambitious project was originally scheduled to open in 2016 as the only 20th Century Fox theme park in the world and the first in Asia.

But unspecified delays and lawsuits dragged the project’s completion until a settlement was achieved in July 2019, allowing the project to be renamed Genting SkyWorlds – with its logo unveiled today featuring an amalgamation of clouds, five stars, and the façade of Genting SkyWorlds.

Lee described the logo as being “Like a jewel on a pillowy crown, the clouds in the logo are symbolic of the theme park’s surroundings and its ‘elevated’ offering to visitors.”

“Each world will feature a host of exciting rides and attractions for the whole family to enjoy. These attractions are specially curated and designed to send imaginations soaring through an immersive experience, as if taken straight out of a movie scene,” said Lee.