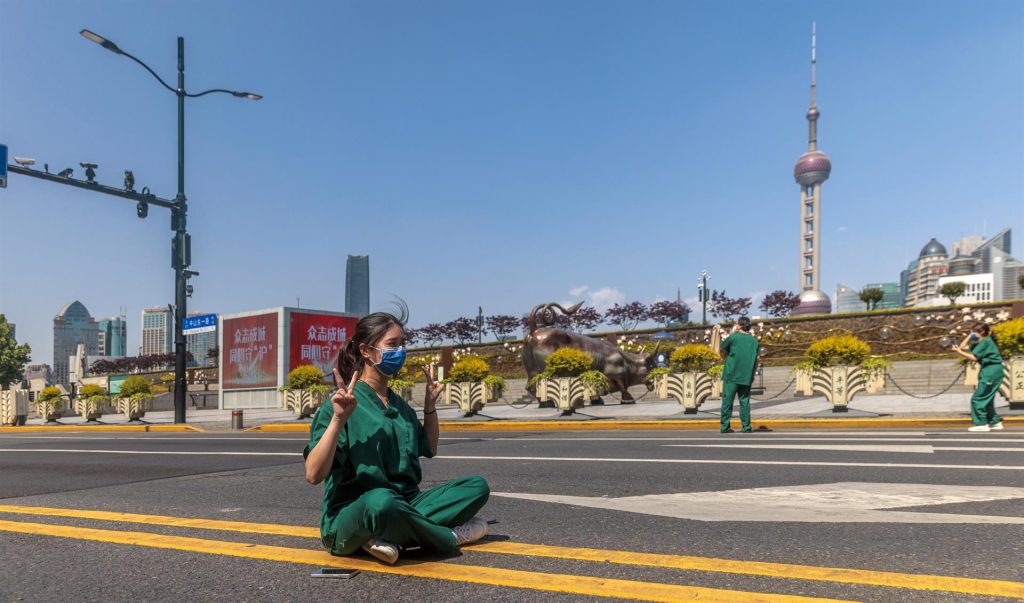 European business confidence has taken a hit in China due to stringent coronavirus restrictions – with some companies considering shifting current or planned investments to other markets, a new report said today.

The European Chamber surveyed how China’s Covid-19 policy and Russia’s war in Ukraine impacted European businesses in the Asian country.

“The results show both factors are creating severe challenges to European business operations, with logistics suffering the most overall,” the survey found.

Stringent lockdown measures in at least 45 cities imposed to contain the latest coronavirus outbreaks are causing massive uncertainty for businesses in China, said the report.

According to the survey, three-quarters of respondents report the measures had negatively impacted their operations – most acutely on logistics, warehousing, business travel and the ability to conduct face-to-face meetings.

Supply chains have taken a pounding, both upstream and downstream, with 92% of companies being affected by measures like China’s recent port closures, decrease in road freight, and spiralling sea freight costs.

“Significantly, as a result of China’s Covid-19 policy, 23% of respondents are now considering shifting current or planned investments out of China to other markets – more than double the number that were considering doing so at the beginning of 2022,” the report said.

It is the highest proportion of Europeans considering shifting out of China in a decade.

Some 7% are also considering shifting their investments due to the war in Ukraine, said the survey.

The report findings say that 60% of respondents have decreased their 2022 revenue forecasts.

Some 78% of respondents feel China is a less attractive investment destination due to its more stringent Covid-19 restrictions.

“Our members are willing to weather the current storm, but if the current situation continues, they will, of course, increasingly evaluate alternatives to China,” said Jorg Wuttke, president of the EU Chamber of Commerce.

“A more expensive, functioning market is better than one that is relatively cheaper but paralysed.”

Denis Depoux, global managing director of Roland Berger, said the uncertainty caused by the stringent Covid-19 policies impeded the ability of European companies to make sound business decisions in an overall deteriorating economic context due to the Ukraine war impact.

Chinese authorities are intensifying travel controls, carrying out mass tests on the population and recommending remote working in large cities like Beijing to curb the latest omicron-fueled wave of coronavirus infections.

The capital registered 42 new confirmed cases of Covid this morning, and another 39 in the afternoon, bringing the total number of infections since the start of the outbreak currently affecting the city to 544.

The figures are worrying enough for local authorities to impose a series of tough measures to prevent infections and reinforce the state’s “zero-Covid” policy after the holidays marking Labour Day on May 1.

Today saw the end of a period of three consecutive days in which residents of the Chaoyang district, the most affected and where embassies and the business district are located, had to take daily nucleic acid tests.

A negative test result no more than 48 hours old is required to enter the few spaces in the city that remain open — restaurants, gyms and other indoor establishments are all closed.

The fact that up to 60 subway stations and several bus routes have been closed in the district has prompted the city government to encourage residents to work from home or use their own means — in many cases bicycles — to get to work.

Meanwhile, the effect of the restrictions is already being shown in declining spending rates, which fell during the May holiday: train travel was down 30.2% year-on-year, and domestic tourism revenues were down 42.9% compared to 2021.

Box offices at movie theatres also fell by 81% and hotel prices by 50% compared to the same period last year, according to official statistics released today.

But the situation is still particularly serious in Shanghai, which remains completely locked down: 261 new cases were reported today, a slight upturn after almost two consecutive weeks of falling infections.

The city has registered more than 580,000 cases in total. Almost 9,000 PCR testing stations have been set up in an effort to control the situation.

Chinese authorities say their “zero-Covid” policy aims to preserve the health of people over 60 years of age who are still not fully vaccinated, amid fears of a possible collapse in hospitals if the measures being implemented are eased.

Apart from Beijing and Shanghai, the wave of infections continues to spread to several areas of the country, with cases of community transmission reported in provinces such as Canton (south), Zhejiang and Henan (centre), where the provincial capital, Zhengzhou, has also imposed travel restrictions until May 10.

In March, China marked two years since it closed its borders to most foreigners, set quarantines of at least two weeks — in state designated hotels — for anyone entering the country, and limited international air traffic to about 2% of pre-pandemic levels.

While that policy will remain for the foreseeable future, there have been some tweaks, as suggested by the fact that Beijing last night updated the rules for entering the city from other countries.

Under the new measures, international passengers wanting to enter Beijing will go from a mandatory 14- or 21-day quarantine in a hotel to a 10-day quarantine followed by seven days at the traveller’s home.

Experts say they will take this measure because of the shorter incubation period required by the omicron variant, which is causing the largest wave of cases in the Asian country since the pandemic began.