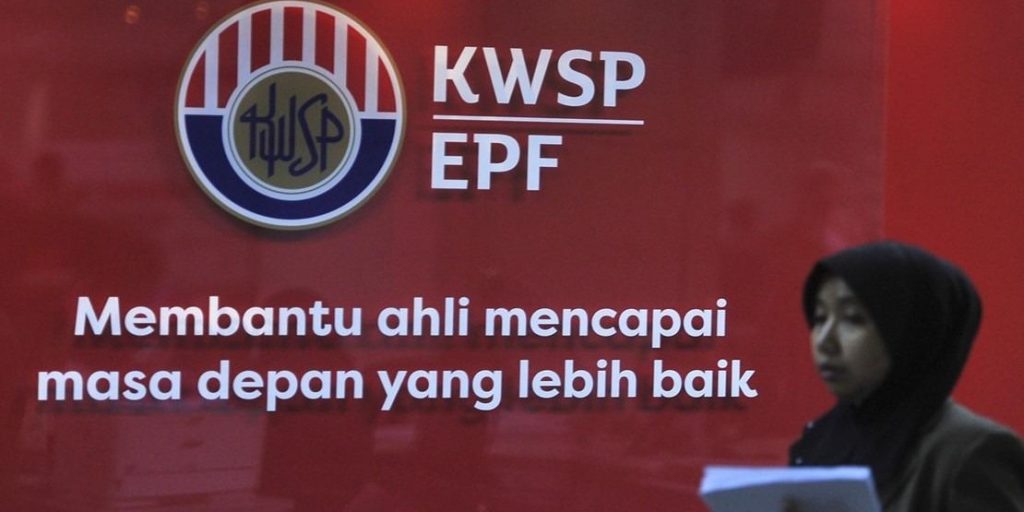 Contributors to the Employees Provident Fund (EPF), who are aged below 55, are now allowed to make withdrawals from their Account 2 beginning April 1 – to ease the burden of those affected by the Covid-19 outbreak.

Through this facility, all EPF members aged below 55 can withdraw their savings in their Account 2 to a maximum of RM500 a month for 12 months, he told a media conference here today.

“I hope this initiative, as well as the reduction of 4% in the employee’s contribution, effective April 2020, will enable workers to have more money in their pockets to buy daily necessities.”

Muhyiddin also advised those who would benefit from the initiative to use wisely the money they were to withdraw from EPF. “Buy only necessary items during these difficult times. Most importantly, make sure there is food on the table for the family.”

He said a portion of the money could be spent to pay utility bills and house rentals, depending on their needs.

“Although the amount is not much, but it is money from your own sweat that is supposed to be used for old age, but the government allows this money to be used now as there are among you who need it.”

EPF chief executive officer Tunku Alizakri Alias said members can begin registering by email or post from April 1 and for online registration, EPF members can do so beginning May 1.

“Payments will be made into the EPF members’ respective bank accounts starting from May. Details on the process will be disseminated before March 31.”

He said EPF recommends members register online starting May 1, as the process will be faster and more accurate, with applications taking only three days to process.

“Applications made through email and postal service may take a longer time, as validations must be made manually in greater detail to protect members’ security.”

Alizakri advised EPF members to use the abovementioned methods, adding that they need not visit any of the EPF branches during the Movement Control Order period. He also cautioned EPF members not to fall for any scam and asked them to deal only with the EPF.

Last Thursday, PTPTN said in a statement the government had agreed to defer loan repayments with immediate effect until June 30 in the wake of the Covid-19 pandemic.

Muhyiddin, however, said today the decision to extend the deferment period by another three months was made by the National Economic Action Council after taking into consideration the ongoing Covid-19 situation the country is facing.

“I am aware that during this crisis that we are facing currently, many would have lost their source of income. This is why the National Economic Action Council today decided on several major initiatives, of which I hope will help reduce your burden while going through this difficult time.”

Senior Minister (Security Cluster) Datuk Seri Ismail Sabri Yaakob earlier said food expenses for all students of public and private institutions of higher learning, living in hostels or colleges during the MCO, would be borne by the government.

Ismail Sabri said the government has left it entirely to the administration of the respective higher learning institutions in dealing with the implementation and distribution of the food aid.

He also said the government has agreed to lower the price of face masks and would announce the new price of the item after the Ministry of Domestic Trade and Consumer Affairs (KPDNHEP) holds a meeting with industry players.

“The price of RM2 is too expensive, therefore, the special ministerial meeting on the Movement Control Order today has agreed for the price to be lowered.”

Ismail Sabri, who is also Defence Minister, further said all petrol stations in the country are required to provide hand sanitisers for its customers.

“There’s some concern as many people use the fuel pumps… if hand sanitisers are provided at the petrol station, its customers can sanitise their hands after using the pumps.”