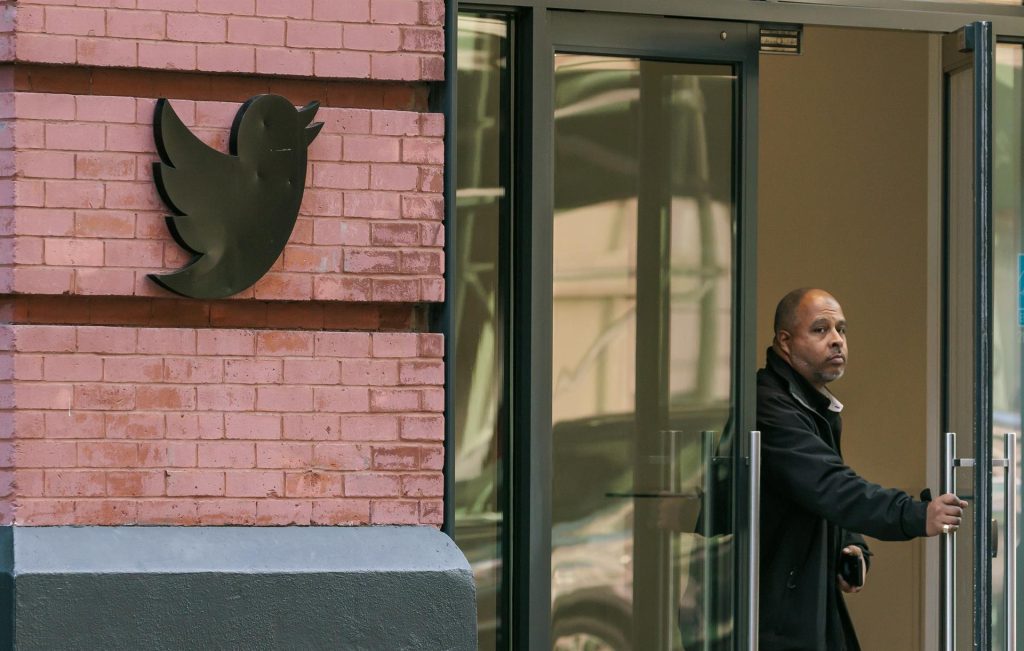 New Twitter owner Elon Musk has fired off a series of humorous and defiant tweets over the past 24 hours, a period in which hundreds of employees have quit in response to an ultimatum issued by their multi-billionaire boss.

In a tweet yesterday morning featuring an image of an African savanna and a pair of captions, the world’s wealthiest individual questioned why several US senators have called on the Federal Trade Commission (FTC) to investigate Twitter – even as cryptocurrency platform FTX imploded and lost billions of dollars of investors’ cash.

One caption above an image of two rhinoceroses mating read: “FTX losing over a billion dollars of client funds,” while another underneath a wildlife photographer pointing his camera away from the giant mammals read, “Senators calling for the FTC to investigate Twitter.”

Several hours earlier, Musk posted a skull and crossbones emoji and then a meme of a burial scene in which a gravestone is covered by Twitter’s bird logo, an apparent suggestion that one way of understanding Twitter is dying and another is being born.

Amid the humour and jabs, the business magnate said in a message to Twitter staff that the company’s offices would be closed between Friday and Monday and that all badge access was being suspended.

The social media site has been filled in recent hours with posts from departing employees, including content moderators, who used the hashtag #OneTeam and #LoveWhereYouWorked.

One individual, who identified herself as the person responsible for making Twitter more accessible to people with sensory impairment, said she was concerned those needing that service would now be left abandoned.

On Thursday, a group of Democratic senators called on the FTC to investigate potential violations by Twitter of consumer protection laws.

Messages also have abounded from users announcing they are leaving Twitter or asking for advice on migrating to other platforms.

Many disgruntled Twitter users in recent months have expressed concern that Musk, a self-styled “free speech absolutist,” will enable “hate speech” to thrive on the platform.

He announced yesterday the reinstatement of two prominent conservative accounts whose opinions are deemed offensive by many of the left in the US – satirical website Babylon Bee and Canadian clinical psychologist Jordan Peterson.

Musk said a comedian, Kathy Griffin, who had been suspended for impersonating him and is known for her harsh criticism of Donald Trump, also had been reinstated.

Speaking of Twitter’s new policy, Musk – who took Twitter private after closing his US$44 billion acquisition of the company – said yesterday there is now “freedom of speech” on the platform but not “freedom of reach.”

“Negative/hate tweets will be max deboosted & demonetized, so no ads or other revenue to Twitter. You won’t find the tweet unless you seek it out, which is no different from rest of Internet,” Musk wrote, adding that “Note, this applies just to the individual tweet, not the whole account.”

The sense of chaos surrounding Twitter has grown in part due to different actions by Musk, who last Friday, for example, paused an US$8-a-month Twitter account verification scheme after users began abusing it to impersonate famous people and well-known brands.

He then announced Tuesday that it would be relaunched on Nov 29 to allow time to “make sure that it is rock solid.”

And a mass exodus of staff in recent hours came in response to an ultimatum issued Tuesday by Musk, who said staff would have to commit to “working long hours at high intensity” or resign.

Several media outlets have put the number of employees who have quit the company in the hundreds.

Those losses are in addition to the staff who were let go in one of the first decisions by Musk, who laid off roughly half of the company’s 7,500 workers and said remote work would no longer be allowed for those who remained – save for limited exceptions that he would have to personally approve on a case-by-case basis.

The multi-billionaire also has fired several employees who took to Twitter to question some of his affirmations.

Separately, eight former employees of another company owned by Musk, American spacecraft manufacturer SpaceX, filed a complaint with the National Labor Relations Board – alleging they were illegally fired after penning an open letter criticising the business leader for his behaviour on social media.