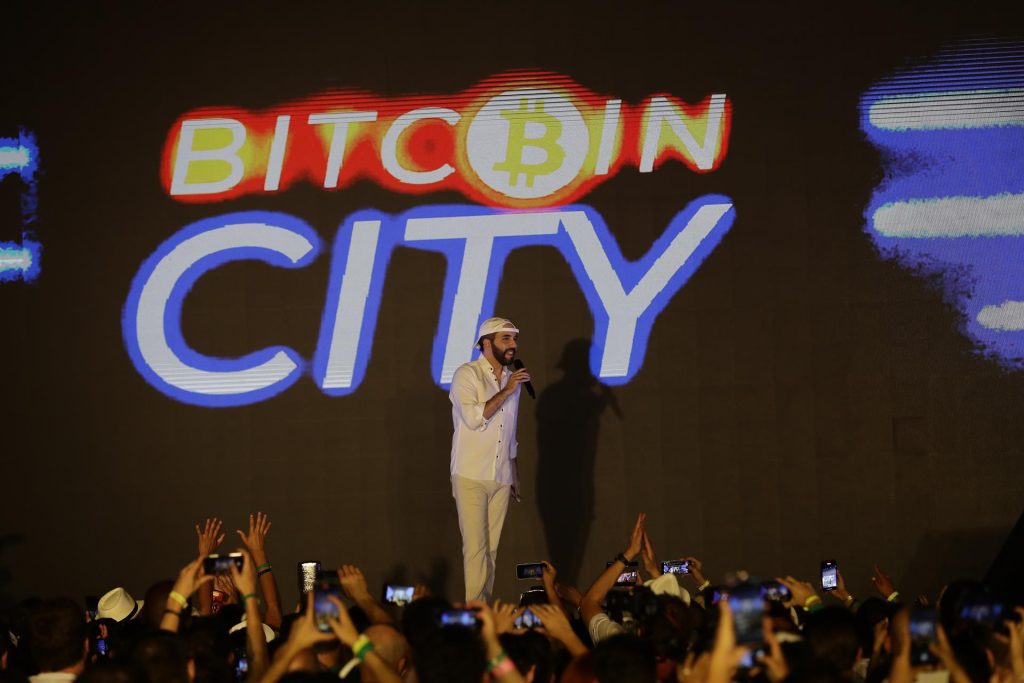 El Salvador’s president, one of the world’s most prominent bitcoin champions, has thus far said little on social media about this week’s further drop in the value of the world’s largest cryptocurrency.

Early this week, Nayib Bukele had hailed a new purchase by his government of more than US$15.3 million worth of bitcoin at an average price of US$30,744 per coin.

“El Salvador just bought the dip!” he celebrated via Twitter on Monday.

That purchase came at a moment when the price of bitcoin had fallen by more than 50% from its record high last November – a drop attributed to Russia’s invasion of Ukraine, elevated inflation levels and higher interest rates.

But the downward trend continued for much of the week, as that cryptocurrency plummeted to less than US$26,000 on Thursday – its lowest level in 16 months.

El Salvador adopted bitcoin as legal tender in September 2021, has earmarked more than US$200 million for its implementation and made promotion of that cryptocurrency its chief economic project.

Even with the sharp depreciation in bitcoin’s value, the government has shown no signs of following the advice of institutions like the International Monetary Fund and reversing course.

The main consequence of the depreciation for El Salvador has been a roughly 34% drop in the value of its bitcoin reserves.

After plunging on Thursday, bitcoin rallied yesterday and was back above the level of US$30,000 per coin.

Since the latest purchase, the president has made two references to bitcoin on Twitter.

On Tuesday, he said he could sell the recently bought coins “right now” and make nearly US$1 million. “But of course not,” he added.

Then on Wednesday, after another bitcoin dip, he revisited a comment he had posted last year that read, “One thing I’ve always admired about Steve Jobs is that he never even looked at Apple’s stock price. He knew where his company was going. The stock market will follow, when they understand.”

Concerns about El Salvador’s bet on bitcoin have come not only from the IMF but also from major credit rating agencies.

Early this month, Moody’s Investors Service downgraded the Salvadoran government’s credit ratings from Caa1 to Caa3, citing the “lack of a credible financing plan” and “a challenging debt amortization schedule with bond maturities in 2023 and 2025 in a context of continued funding stress and persistently high financing needs.”

Fitch Ratings, meanwhile, said in a commentary on its February move to downgrade the country’s long-term foreign currency issuer default rating from B- to CCC that “the adoption of bitcoin as legal tender has added uncertainty about the potential for an IMF programme that would unlock financing for 2022-2023.”

Although Bukele’s bitcoin bets are not responsible for El Salvador’s high debt levels and the financial problems that are complicating efforts to cover budget expenses, that policy has adversely affected the country’s image and damaged the trust that multilateral institutions have in its leaders.

One of El Salvador’s flagship projects is the planned construction of Bitcoin City, a project first announced in 2021 and planned for a site near the Conchagua volcano.

It is to be initially financed with bitcoin-backed bonds, meaning it also will be an experiment in seeking new forms of financing for El Salvador.

Finance minister Alejandro Zelaya said in January the strategy of issuing bitcoin bonds “could be quite interesting as a mechanism for managing El Salvador’s debt and opens a new financing window for better managing our repayment curve.”

That bond sale was expected to take place in March.

But Bukele announced the date would be delayed so the government could focus its attention on a pension reform programme, and Zelaya said the administration was waiting for the “ideal date” to put the bonds on the market.

As part of its bitcoin commitment, El Salvador’s government launched a bitcoin digital wallet and said expectations were it would allow some US$400 million worth of savings to be achieved on the sending of remittances.

Since September 2021, El Salvador has received US$86.24 million worth of remittances via that cryptocurrency wallet, a total that represents 1.9% of the US$4.4 billion in remittances that country received between September 2021 and March of this year.