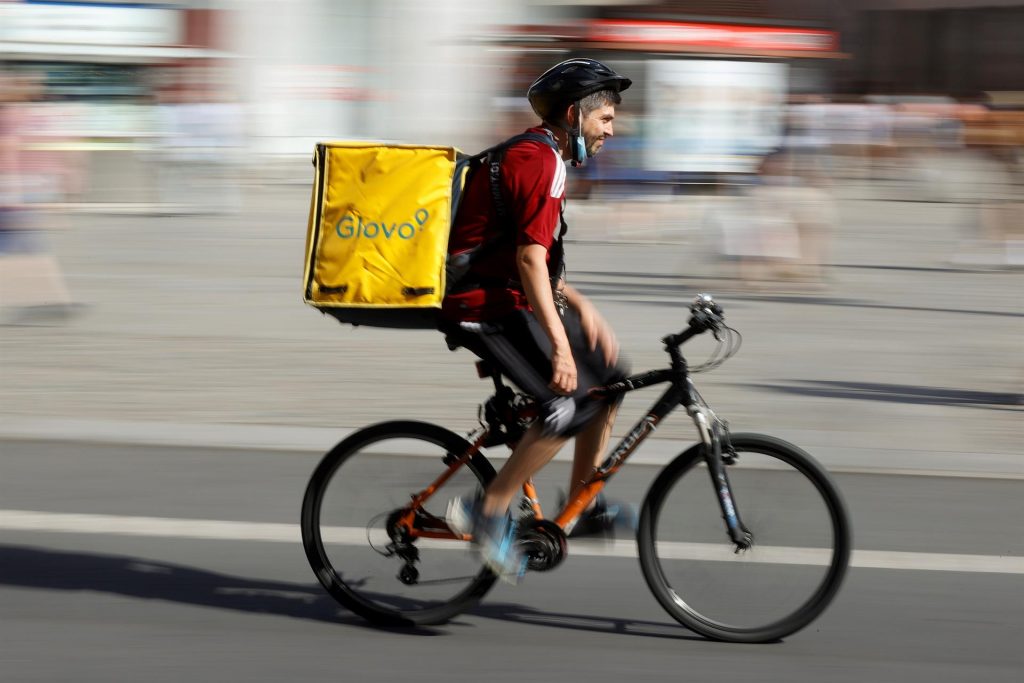 Around 100 delivery riders for Spanish company Glovo yesterday protested in Barcelona against a new feature in the application that makes the couriers – rather than the firm – responsible for setting the fee.

The new feature comes after Spain introduced a new law on Aug 12 requiring app-based courier companies like Glovo and Deliveroo to provide salaried contracts to their riders – the vast majority of whom are self-employed, meaning benefit and pension contributions are paid from their own pocket.

Glovo announced that it planned to keep 80% of its staff, some 8,000 people, on self-employed contracts under the new model and would hire the remaining 20%.

With the new feature of the app, delivery riders must choose the rate at which they want to multiply their fee by between 0.7 and 1.3 above the order.

Since the new law came into effect on Aug 12, one delivery rider said they had not billed over €15 per day compared to an average of €43.5 before the new law was introduced.

Another said they had decreased turnover by 60% while a third courier said they had made between €16 and €28 per day compared to the €48 they would make daily before Aug 12.

Several riders said the new formula would benefit those who set their fees lower.

Late last month, Deliveroo told the London Stock Exchange, where it is listed, that it was considering ending its Spanish operations because of the new law.