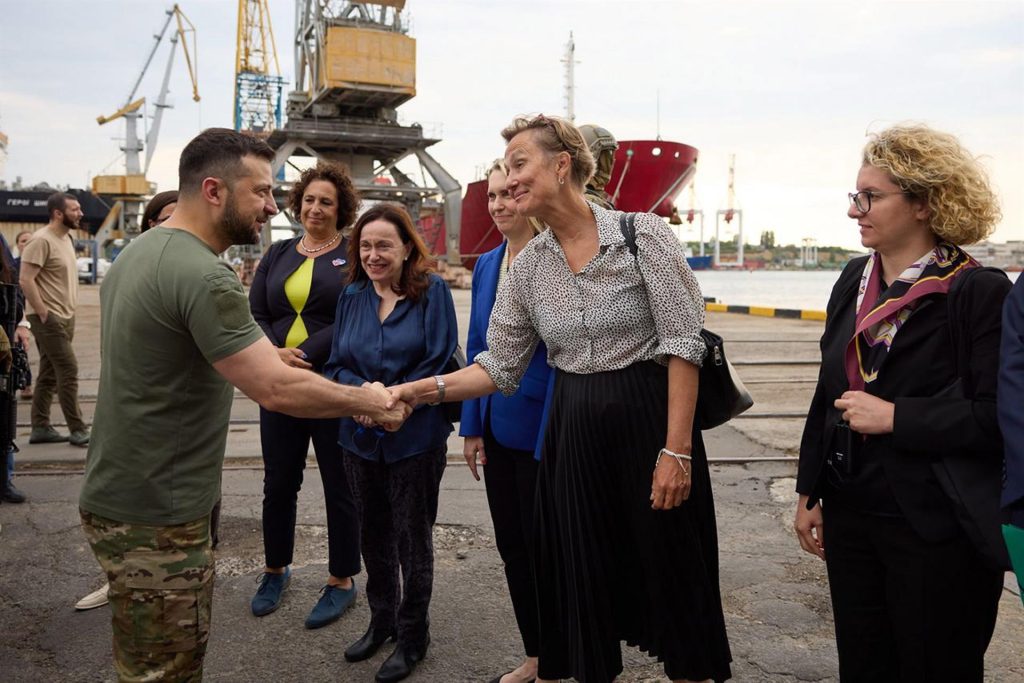 Kyiv said today was a “day of relief for the world” after a first ship carrying around 26,000 tonnes of grains left the Ukrainian Black Sea commercial port of Odesa at 0615 GMT, following a months-long blockade triggered by Russia’s war in Ukraine.

“The day of relief for the world, especially for our friends in the Middle East, Asia, and Africa, as the first Ukrainian grain leaves Odesa after months of Russian blockade,” Dmytro Kuleba, Ukraine’s foreign affairs minister said.

“Ukraine has always been a reliable partner and will remain one should Russia respect its part of the deal.”

Ukraine’s infrastructure ministry told the official Ukrinform news agency that the Razoni freighter, which flies a Sierra Leone flag and is headed to the port of Tripoli in Libya, was carrying a shipment of Ukrainian corn.

“As part of safe shipment of Ukrainian grain over the Black Sea, (the) first ship departed from Ukraine. We hope this process will continue without interruptions and problems,” Turkish foreign minister Mevlüt Çavusoglu tweeted.

“We’ll do what is necessary to this end. We hope that the agreement will lead to a ceasefire and lasting peace.”

Maritime tracking systems such as Vesselfinder and MarineTraffic show that cargo ship left the dock almost an hour late, and the vessel passed the lighthouse that marks the entrance to the port shortly before 0700 GMT.

“The ship will be anchored off the coast of Istanbul at around 15:00 (local time) for a joint inspection,” Akar said.

The UN welcomed the departure of the ship, adding that “ensuring that existing grain and foodstuffs can move to global markets is a humanitarian imperative.”

The departure of the first grain shipment from Odesa comes after Kyiv and Moscow reached an agreement in late July over lifting the blockade on Ukrainian grain exports.

Turkey is set to act as the guarantor for the agreement, which was brokered by the UN with Istanbul, and will manage a check post to inspect the operations.

The agreement aims to enable Ukrainian grain exports, which have been largely blocked after the Russian invasion of Ukraine in February, and ease the worldwide food crisis triggered by the war.