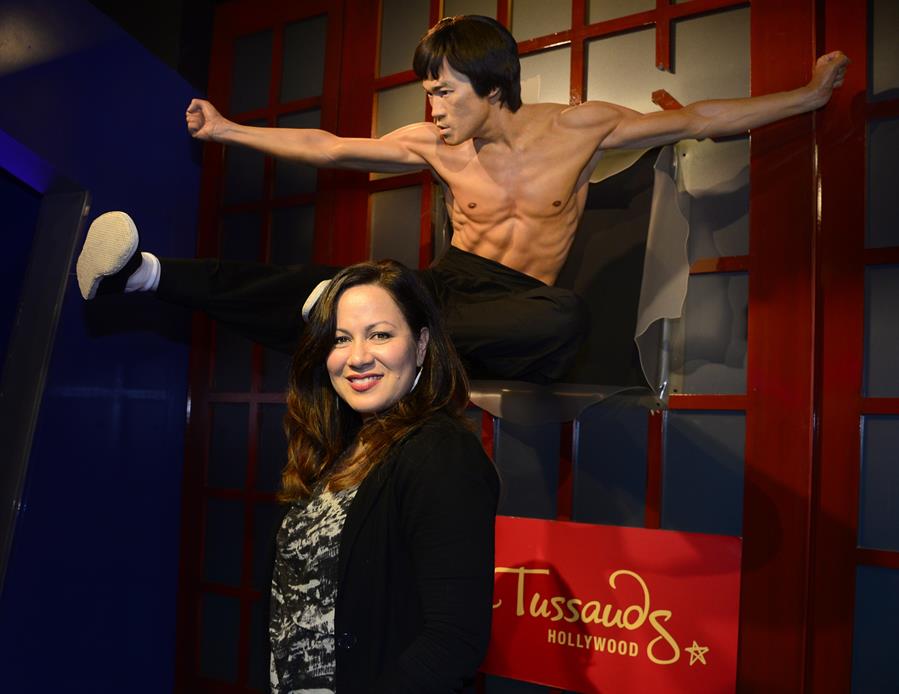 Bruce Lee’s daughter is suing a Chinese fast-food chain for using an image of the late martial arts legend.

Bruce Lee Enterprises, a California based company run by Shannon Lee, alleges Real Kungfu – Zhen Gong Fu in Chinese – has used an image of Bruce Lee for its logo without permission.

The company that owns the image rights of Bruce Lee demands a compensation payment of 210 million yuan (US$30 million) and the removal of the image.

The actor and martial artist died in 1973.

Real Kungfu, founded in 1990, has more than 600 stores in the Asian country and has used an image that bears a striking resemblance to the actor since 2004.

The logo features a man sporting a yellow sweater in a kung fu pose similar to the one adopted and made famous by Lee, who died in 1973.

A Shanghai court will now have to rule on the case.

The restaurant chain published a statement on its official Weibo account, the Chinese equivalent of Twitter, which said it was “perplexed” by the lawsuit.

“The Real Kungfu chain’s logo is one that the company had applied for and obtained after a rigorous screening by the national trademark agency, we have already been using this for 15 years,” the statement said.

“We are very surprised that we are now being sued after so many years, and we are currently actively studying the case and preparing our response to the demand.”

According to the Chinese press, Shannon Lee had already tried to sue Kungfu in 2010.

Although the China Trademark Office acknowledged that Bruce Lee’s heirs were the owners of the rights of his trademark, the case did not proceed.

The only living daughter of the actor – his son Brandon passed away in 1993 – had also criticised director Quentin Tarantino at the end of July for several controversial scenes in the Once Upon a Time in … Hollywood movie that features her father.

In the movie, Lee appears as a secondary character in which he trains Sharon Tate, played by Margot Robbie, and has a fight with Cliff Booth, played by Brad Pitt.

Shannon Lee has said she is not happy with the way her father was portrayed in the movie and that he comes across as a caricature and arrogant.