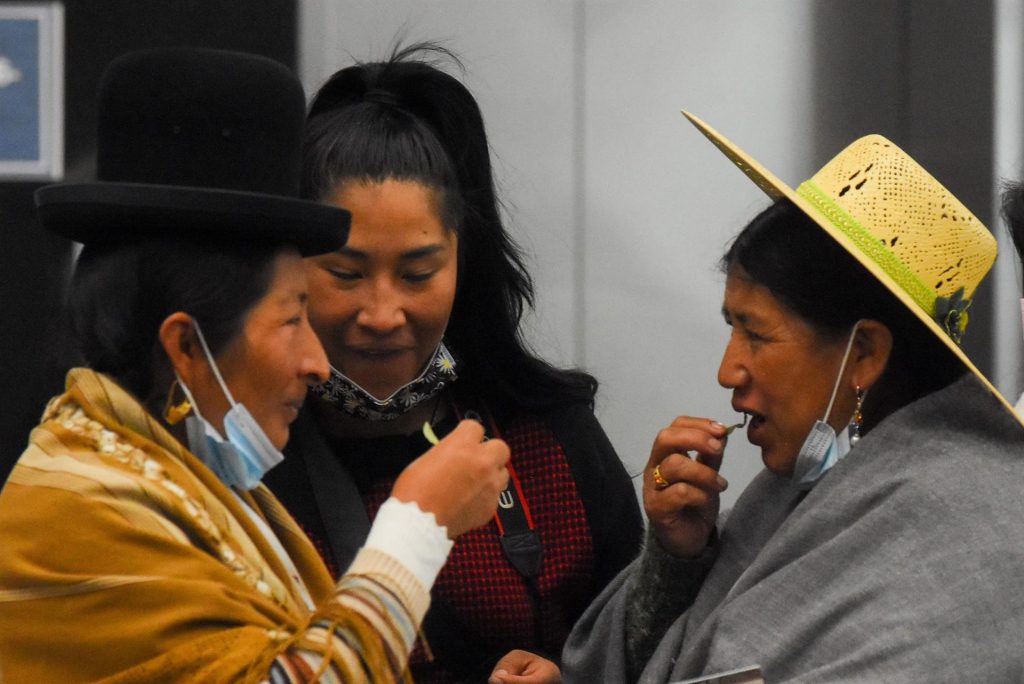 Bolivian president Luis Arce yesterday announced a production plant will be established for toothpaste made from an alkaloid that prevents cavities, obtained from coca leaves.

At the event, held at the government headquarters in La Paz, Arce said his administration is working to foster legal coca growing by pushing initiatives to “produce toothpaste made from coca”.

“One asks why there were no dentists for thousands of years and our (ancestors) had no dental problems. What was happening? There’s an important alkaloid in the coca leaf that neutralises cavities and so we’re going to establish this factory, this industry to produce toothpaste.”

Arce acknowledged the government will not be a pioneer in this industry, since some years back there was “a private enterprise” that was heading in that direction – but found itself without raw material because of the “policies to reduce coca cultivation” implemented by past administrations.

The Bolivian leader said the factory will be a first initiative in this direction “and later others will come,” given that coca leaf contains some 13 alkaloids “that are accepted in medicine, nutrition, people’s healthcare” and can be industrialised.

He also lamented certain attempts to “discredit coca leaf” and urged “reevaluating, appreciating, respecting and protecting the ancestral symbol … (with) firm actions that confront this defamation” of the plant, from which cocaine is also derived.

Bolivia celebrates National Coca Chewing Day every Jan 11 to commemorate the fact that in 2013 the country once again joined the UN 1961 Single Convention on Narcotic Drugs, albeit with an exemption that allowed the chewing of coca leaf within the national territory.

In addition, a 2016 law declared “coca chewing” an element of Bolivia’s Intangible Cultural Heritage for being a “traditional behaviour” and allows people to “extract the nutritive content of the coca leaf.”

Arce said a huge ceremony was planned to commemorate this date, but restrictions due to the fourth wave of the Covid-19 pandemic forced authorities to hold a “small, but significant” event instead.

“Today we pay tribute to our coca leaf, which over the years has become a symbol of integration, reciprocity and culture,” he emphasised.

Also participating in the event were rural development and lands minister Remy Gonzales and representatives of the peasantry in Los Yungas de La Paz, one of the coca-producing areas within Bolivia.

Coca leaf in Bolivia is sanctioned by the Constitution for its traditional, medicinal and cultural uses, but a part of the country’s yearly production is diverted to illegal drug trafficking to make cocaine.

In 2017, the administration of then-president Evo Morales promulgated a law that broadened the territory within which coca leaf could be legally cultivated from 12,000ha to 22,000ha.

Morales remains the main leader of the coca growers’ federations in the central zone known as Tropico de Cochabamba, a post that he retained during his almost 14 years as president.