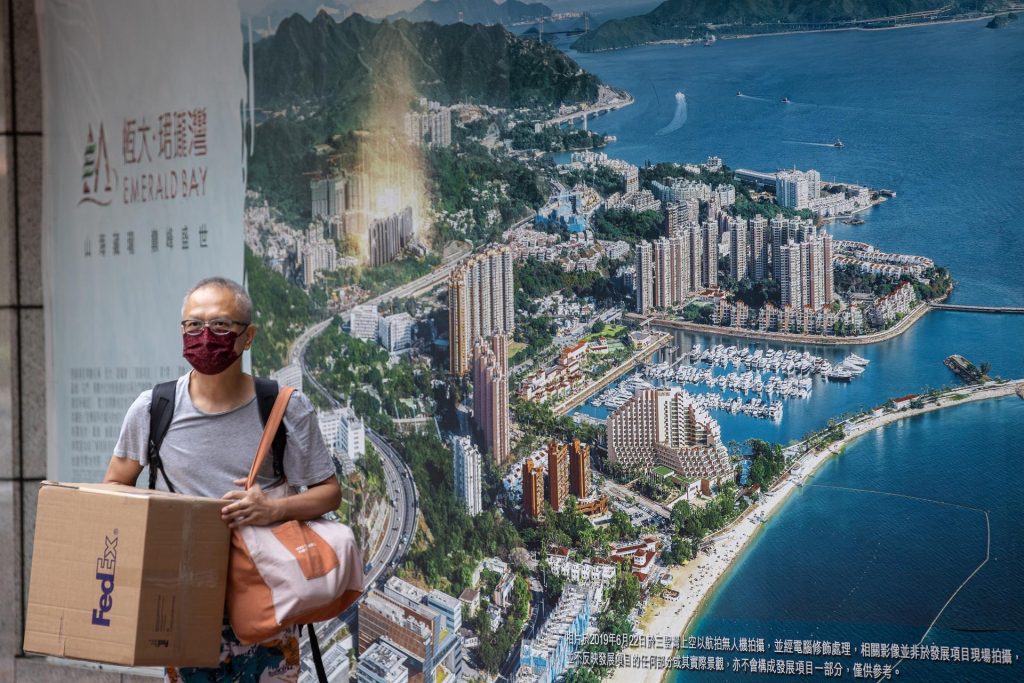 The shares of Chinese Estates, an investment company specialising in properties and major shareholder of indebted Chinese real estate giant Evergrande, soared today after announcing an offer that would delist the beleaguered firm from the Hong Kong Stock Exchange.

At 1pm local time, each Chinese Estates stock had risen by almost 32%. Chinese Estates had suspended the trading of its share on Sept 29, and reactivated it this morning.

The family of Hong Kong mogul Joseph Lau, who currently controls 78.6% of the company, is offering HK$4 per share, an increase of 83.5%. compared to the last closing price and places the valuation of Chinese Estates at about HK$7.63 billion.

Thus, the operation to take over the rest of the shares that he does not yet control would amount to about HK$1.9 billion.

The offering comes after the company lost HK$1.38 billion on the sale of nearly 109 million of its Evergrande shares, equivalent to 0.82% of the capital stock of the indebted conglomerate.

Chinese Estates still controlled 4.39% of the real estate’s shareholding today, although it announced plans on Sept 23 to dispose of its total stake due to “concern” about the Evergrande liquidity data and “possible consequences” if measures to remedy the situation “cannot be applied effectively”.

The company had already warned that the sale of all its Evergrande shares would result in losses equivalent to about US$1.22 billion for the current year.

That announcement was especially significant because its founder and Evergrande have been close allies in business for more than a decade: the founder was a major investor when the company went public in 2009.

Since the beginning of the year, the value of Evergrande securities listed in Hong Kong has fallen almost 80% due to its problems to face the more than US$300 billion of debt it accumulates and its possible interest default of various ‘offshore’ bond packages. This will not be made official until 30 days from the expiration date.

The group’s shares stopped listing Monday due to possible plans, revealed by the official Chinese press of the Cantonese developer Hopson Development to buy 51% of the real estate management subsidiary of Evergrande for about US$5.14 billion.

That same day, Hopson’s shares also froze their listing in the face of what the company defined as a “major transaction” to “buy the shares of a company listed on the Hong Kong Stock Exchange,” although it did not directly cite Evergrande or its real estate subsidiary.

Monday’s revelation of Evergrande’s situation possibly affecting other important players in China’s real estate market led developers such as Fantasia Holdings to announce it had not been able to meet US$205.7 million payments of some bonds that matured that day.