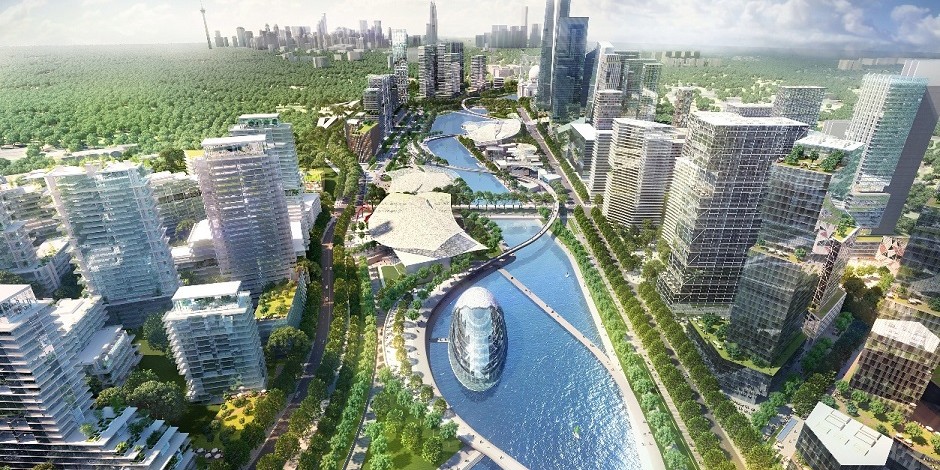 Bandar Malaysia, the single largest city development in the region, is now ready to take off with the settlement of the RM1.24 billion payment due to TRX City Sdn Bhd – a wholly-owned subsidiary of the Minister of Finance Incorporated (MoF Inc) by IWH-CREC Sdn Bhd.

In a statement yesterday, IWH-CREC said the paid amount was under the revised share sale agreement and shareholders’ agreement – which include the 10% deposit and a RM500 million advance payment to TRX City.

Under the agreements, the company will take up a 60% stake in Bandar Malaysia Sdn Bhd – the project’s master developer – from TRX City, which will hold the remaining 40%.

The Johor state government has an interest through Kumpulan Prasarana Rakyat Johor Sdn Bhd, which owns 37% of IWH.

It is designed to attract multinational corporations and Fortune 500 companies and Top 100 finance institutions to relocate its operations to Malaysia.

“To be developed over 20 years, Bandar Malaysia will shape the future direction of Kuala Lumpur by offering a liveable new lifestyle city with modern infrastructure to become an iconic development within the Asean region,” IWH-CREC said.

The kickstart of Bandar Malaysia will boost business across all sectors as it will be a hub to local and international fronts, said Tengku Zafrul.

He said the investment is also a testament to foreign investors’ confidence towards Malaysia, and will have an economic multiplier effect for the whole country.

“With a gross development value of RM140 billion, it will be the biggest development of its kind in our country.

“This project will unlock tremendous potential high-impact global businesses and talent attraction towards the country, in line with the government’s vision of ensuring prosperity for all.”

Despite the country facing continuous challenges due to the Covid-19 pandemic, Tengku Zafrul noted market confidence has remained strong – especially from foreign investors, as it has attracted RM23.1 billion in the bond market until August.

“The ringgit has also emerged as one of the strongest currencies in Southeast Asia, driven by the government’s continuous initiatives in addressing Covid-19.”

China’s ambassador Bai Tian said this project signifies the strong bilateral ties between China and Malaysia. “This is one of the largest projects invested in by Chinese companies in Malaysia, and also draws huge expectations from both countries as well as the rest of the world.”

He also said that in the spirit of friendship, China will prioritise Southeast Asia especially Malaysia in distributing Covid-19 vaccine once it is available.