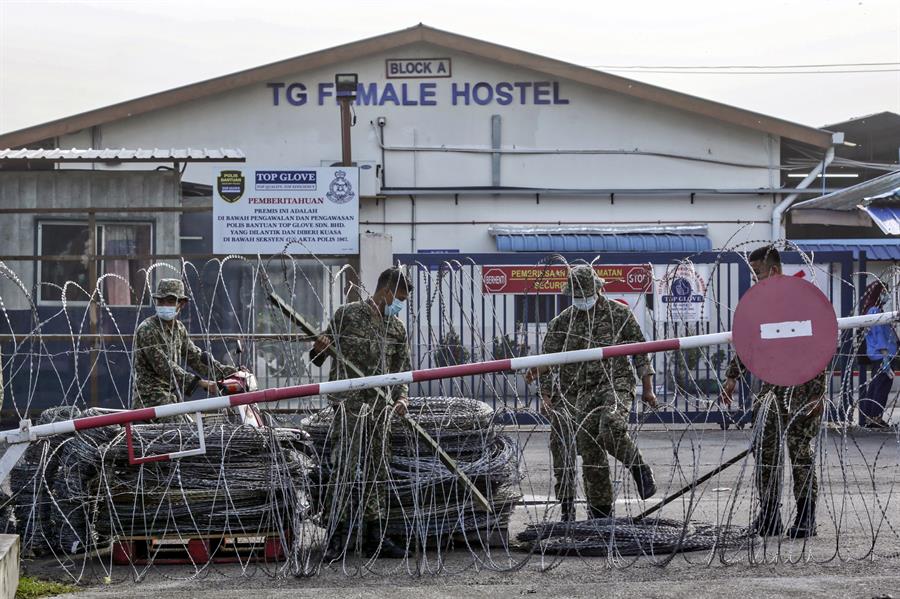 In a statement today, the rubber glove manufacturer said the affected workers represent about 27% of its total employees numbering 21,000.

“Our factories in Meru continue to operate with reduced capacity and workers not under the EMCO are working under strict standard operating procedures in line with the Ministry of Health guidelines.

“The majority of the affected workers are asymptomatic and do not have symptoms like fever or any sickness.”

Yesterday, Senior Minister (Security Cluster) Datuk Seri Ismail Sabri Yaakob was reported as saying 13,190 workers residing in the company’s dormitories in Klang, as well as 1,200 residents in the surrounding area would be placed under the EMCO until Nov 30.

On Nov. 5, the company announced that 17 of its 21,000-strong workforce had tested positive for Covid-19, and four days later it said the containment was “very much under control” and its operations remained unaffected.

But last Thursday, the company said it had set up isolation houses for employees under quarantine, with strict movement monitoring, as well as the disinfection of factories and hostels and other employee accommodations three times a day, among other measures.

Dormitories, mostly used by migrant workers and often cramped and overcrowded, have also been Covid-19 outbreak hotspots in neighboring Singapore, which saw cases spike in these accommodations in April and August.

Covid-19 cases from the Singapore dorms make up nearly 94% of the city-state’s total of over 58,000, according to health ministry data.

Malaysia, where some of the rubber industry’s leading companies are based, expects to export 225 billion rubber gloves this year – representing 65% of the global demand, according to data from the Malaysian Rubber Glove Manufacturers Association.