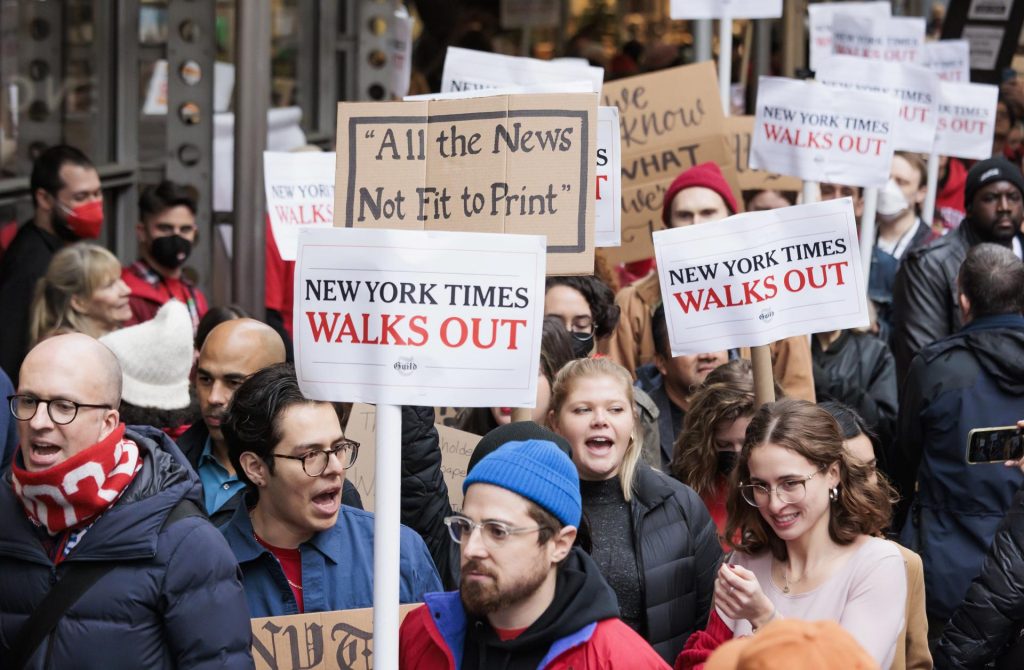 Hundreds of reporters, editors, photographers and other staff picketed outside the Manhattan headquarters of The New York Times yesterday as part of a 24-hour strike to protest a lack of progress in contract negotiations that began in March 2021.

Some 1,100 Times employees signed a pledge to take part in the work stoppage, according to The New York Times Guild, a unit of NewsGuild.

The union said that management’s inflexibility made the strike inevitable.

“Today we were ready to work for as long as it took to reach a fair deal, but management walked away from the table with five hours to go. It’s official: @NYTimesGuild members are walking out for 24 hours on Thursday. We know what we’re worth,” the union said Wednesday on Twitter.

The Times has not seen a job action on this scale since 1978, when a strike that lasted nearly three months significantly disrupted the operations of the daily regarded as the “paper of record” in the US.

After 40 negotiating sessions, management and the union have yet to reach agreement on pay and pensions, health insurance and the company’s approach to evaluating employees.

Times executive editor Joe Kahn expressed disappointment over the strike and insisted the negotiations were not deadlocked.

“While the company and the NewsGuild remain apart on a number of issues, we continue to trade proposals and make progress toward an agreement,” he said in a statement.